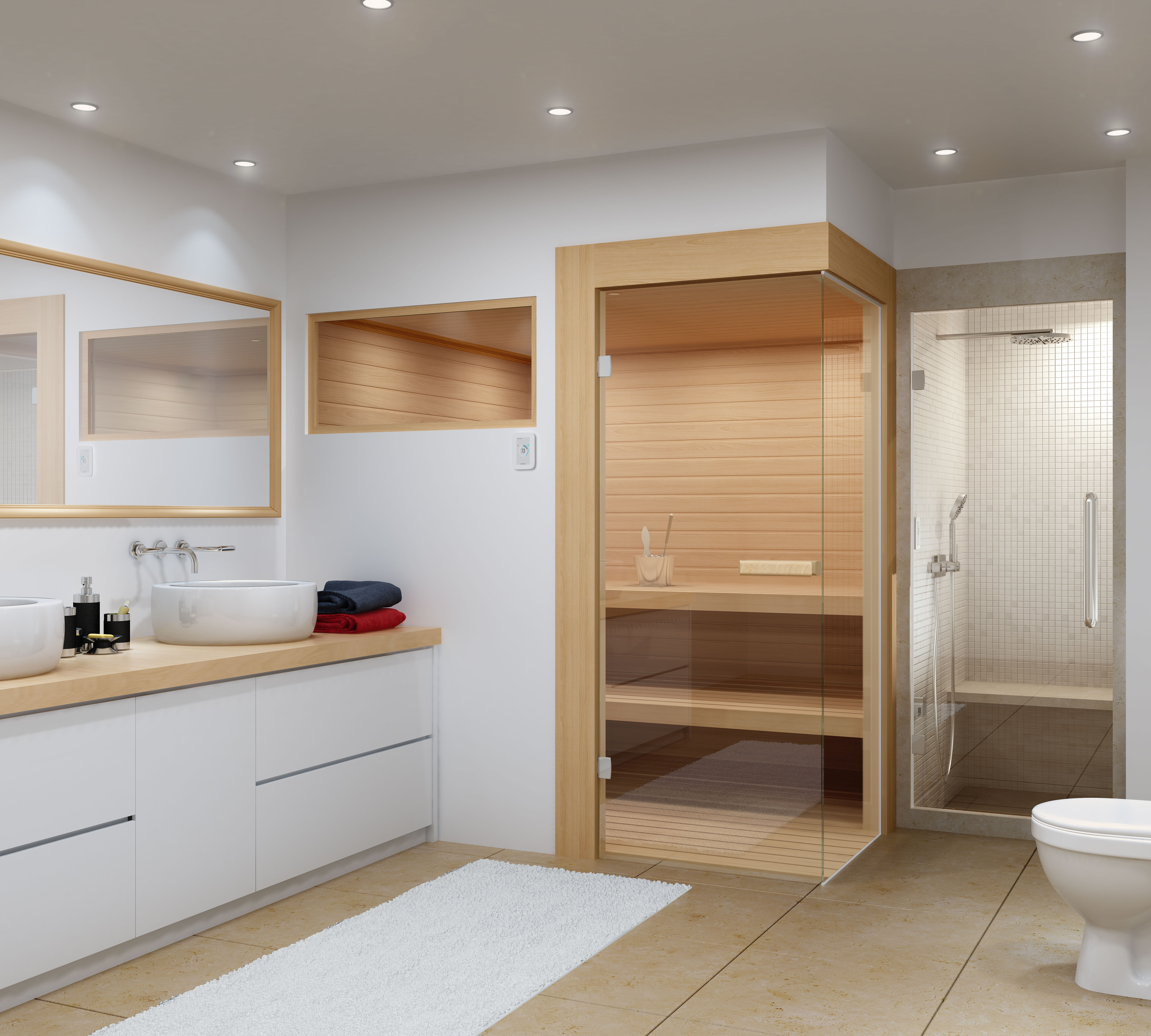 After several slow years of home renovations, homeowners are again investing in luxurious home upgrades, especially in the bathroom.  Amerec has noted an increase in the number of bathroom remodeling projects that include both a sauna and a steam shower. As seen in a recent episode of Bath Crashers on DIY (Episode 606 "Work Out Bathroom” re-airs on DIY Network on November 5th at 6PM Eastern), a sauna and steam create a luxurious spa retreat at home.

Saunas and steam showers are complimentary design elements in a bathroom. A shower adjacent to the sauna is ideal as one showers to cool off between sauna innings or at the completion of the sauna time. Steam is an easy-to-add shower enhancement without requiring any additional floor space. Since a steam generator can be tucked into a nearby cabinet or mechanical room and does not intrude upon shower space, a standard shower can be easily converted to a steam shower, allowing the home owner to enjoy the benefits of sauna AND steam.

Health benefits of sauna and steam include:

When asked why both a sauna and steam room is desired, many clients said they prefer a steam shower as a start-the-day-perk-me-up while the sauna is preferred after a workout and for relaxation.  Others said a spouse prefers one and he or she prefers the other.  Because little space is required for the installation of the steam generator and the shower functions normally when the steam generator is not in use, it is an efficient use of space and is a cost effective way to increase amenities offered in the home.